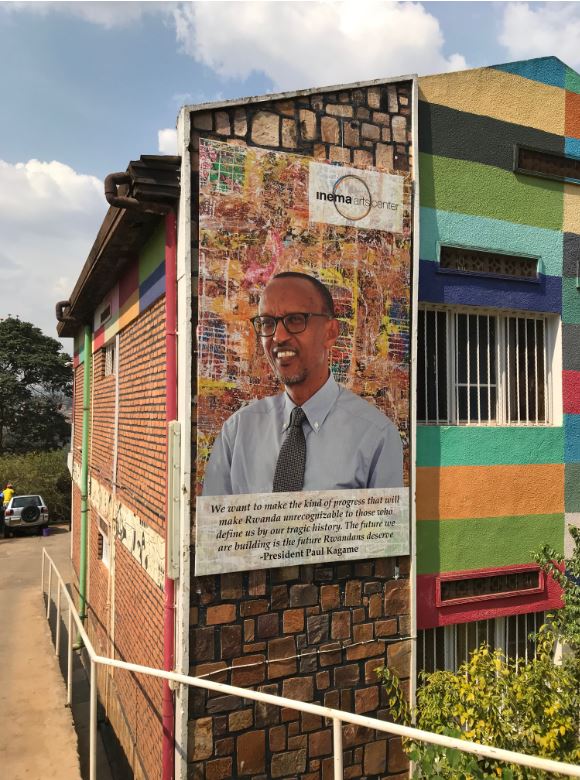 I recently returned from a three-week tour of Africa, visiting Rwanda, Uganda, Botswana, Zimbabwe, Zambia, and South Africa. This was a deeply moving trip with family and friends, an opportunity for my wife to return to Rwanda (where she volunteered back in 2011), a chance for our group to make some small contributions to a local school in Zimbabwe, and a way for me to gain a deeper understanding of personal freedom in the context of the African history of tribalism, slavery, genocide, and Apartheid. Africa and its native people have so much potential, yet have suffered so much for so long; there is cause for hope, and still so many obstacles yet to overcome on the path to freedom, equal rights, and opportunities for everyone.

During our travels, we met many people, heard many stories, learned many lessons. I wanted to share some of what we learned in the form of a series of related blog posts presented as chapters detailing different stories and what they taught me, in the hope that they may be useful to you as well. If  you feel that they may be useful to others as well, in their own search for personal freedom, please share them.

We began our trip in Kigali, the capital of Rwanda. Under Paul Kagame, Rwanda’s president since 2000, Kigali has changed dramatically: with all the new buildings, people, and motorcycle-taxis everywhere, Suzanne hardly recognized the city she visited eight years ago. We checked in to the Heaven Hotel, a boutique hotel and restaurant owned by Josh and Alissa Ruxin (American entrepreneurs whose story is chronicled in the excellent book, A Thousand Hills to Heaven: Love, Hope and a Restaurant in Rwanda; they also started a string of pharmacies in east Africa, founded a Rwandan health non-profit, and use the Heaven Hotel as a training ground to help Rwandans get started in the hospitality industry). The grounds were lovely, the staff friendly and efficient, the food delicious, and the location perfect – right in the center of things in Kigali, literally down the street from the president’s house and a few blocks from the Hotel des Mille Collines, where Paul Rusesebagina famously provided refuge to over 1,200 Tutsis during the genocide of 1994. It was the perfect home base for our travels in Rwanda.

One of the guides at the Heaven Hotel, Claude, took us on a hike up Mount Kigali. There he showed us the trenches, dug at regular intervals throughout the woods, where Tutsis tried to hide themselves from the Hutus, covering themselves over with tree boughs, leaves, and dirt. The silent forest bore grim testimony to the horrors that took place here – although many people successfully hid themselves in these woods, many more were discovered and slaughtered where they were found, often hacked to death by machete.

It wasn’t until we toured the Kigali Genocide Memorial (where the remains of over 250,000 genocide victims are interred) that we truly understood the origins of the genocide, and that the roots of the 1994 mass killings stretched back to 1932 and the Belgian colonial period in Rwanda. The Belgian colonists, in order to make it easier for them to control the local population, arbitrarily classified as “Tutsi” any Rwandan that had 10 head of cattle or more – the rest were to be classified as “Hutu.” From that point on, the Belgians allied with the so-called “Tutsi” minority, flattering them and currying favor by giving them access to better education, government sinecures, and special treatment – all so the “Tutsis” would, in return, help the Belgians secure their control over Rwanda and the “Hutu” majority.

Of course, this random selection of a small group of Rwandans, no different from any other Rwandans save in the arbitrary number of cattle they possessed, caused resentment among those remaining “Hutus” who were not among the chosen few anointed as “superior” by the Belgians. Anti-Tutsi and anti-Belgian sentiment grew; it erupted in 1959 in a mass killing of Tutsis, and in 1962 Belgium granted Rwanda independence. Subsequent elections resulted, not surprisingly, in a Hutu-majority government. Ethnic tensions (and killings) increased in 1973 when Juvenal Habyarimana seized power, and in 1990, a rebel group of 10,000 Tutsi refugees (having fled Rwanda to escape persecution) calling themselves the Rwandan Patriotic Front or RPF, invaded Rwanda, starting a civil war. That began a government-led propaganda campaign against the Tutsis, primarily using radio programs and ad campaigns, deriding the Tutsis as “cockroaches” and urging all good Hutus to rise up against them lest the Tutsis take over. Habyarimana lost control of the anti-Tutsi movement he spear-headed, as hatred of the Tutsi minority, fanned by constant propaganda and assertion of group identities and conflicts, reached a fevered pitch. Habyarimana was assassinated when his plane was shot down on April 6, 1994, and the Hutu-led Tutsi genocide, aided by the Interahamwe, militia bands of Hutus trained to kill Tutsis, began shortly thereafter, resulting in the deaths of over 800,000 Tutsi and moderate Hutus at the hands of the Hutu genocidaires.

In the wake of chaos left after the killing stopped, with Rwanda’s infrastructure in tatters and the legal system in shambles, local grassroots courts, called “Gacacas,” were set up with over 160,000 local judges trying about 2,000,000 defendants in over 120,000 cases during the 10 years the courts were active.  Accusers faced the accused directly, one on one, facilitated by the judge and the Gacaca proceedings; when the accused confessed and asked for forgiveness, it was given directly by the accuser and sentences reduced, often to service in the community alongside former victims of violence.

The courts were not perfect by any means; the judges were in many cases not properly trained, many defendants were coerced into confessing, and it was difficult for accusers to face the former genocidaires who had killed and tortured family members. Locals we spoke to about the Gacacas acknowledged the shortcomings, but said that, overall, the effect on the country was profound: the personal, direct confrontation of the genocidaires by their victims, and the act of personal forgiveness and reconciliation, was essential to healing at an individual level and allowed Rwandans to move forward again, this time as Rwandans and not as Tutsis or Hutus. Over and over again, as we met locals and spoke with them, they spoke of themselves as Rwandans and said they never wanted to repeat the  mistakes of the past. Tensions remain, of course, and there is political turmoil (many praise Paul Kagame for uniting Rwanda and leading the country forward, while others consider him a self-enriching dictator and openly criticize him, especially in the wake of violence and injustice against his political enemies), but the Rwandans we met and spoke with seemed determined to forgive, reconcile, and move beyond the horrors of the genocide.

The first stark lesson here is that the horrors of genocide were precipitated by the initial group identity myth created by the Belgians to cement their colonial rule with the aide of the “superior” Tutsi minority that they essentially created out of thin air. The myth was further supported by the manipulation of public opinion (through mass media and other tools, leading to groupthink, mob action, and the mindlessness of the crowd). The genocide didn’t happen all at once: it was rehearsed, prepared for, and practiced in the decades between 1932 and 1994, culminating in the humanitarian disaster of the genocide over just a few weeks in April and May of 1994. And it followed a well-known playbook followed by Hitler and the Nazis in Germany, the Khmer Rouge in Cambodia, the genocide of Bengali Hindus in Bangladesh, and many others. What unites them all is the use of group-based identity myths of superiority/inferiority and the manipulation of public opinion through relentless propaganda based on these myths to arouse mob action based on mindless crowd acceptance.

The second lesson is that, as hatred and violence is driven by mass propaganda, groupthink, and mob action, so is forgiveness and reconciliation driven by individuals retreating from the insanity and mindlessness of the mob and embracing their unique identities as friends, neighbors, and co-workers. Groups can neither forgive nor reconcile with other groups; only individuals, acting as individuals and treating others as individuals, can forgive and reconcile with each other. Groups only interact at their edges, in the form of individual-to-individual interactions among different group members; the great majority of group members (acting as a group) never interact as individuals with anyone outside their groups, choosing instead to accept the given mythology about the “other” group. It takes the initial outreach of a few brave individuals, acting as individuals to reach out beyond their groups, to break down persistent group myths and ideologies and once again restore group members to their rightful status as individual human beings, worthy of respect, love, and open, honest discourse. Only as individuals can we forgive each other, reconcile past grievances, and move forward together. Erich Fromm makes much the same point in The Sane Society, arguing that we must create a

“society in which man relates to man lovingly, in which he is rooted in bonds of brotherliness and solidarity, rather than in the ties of blood and soil; a society which gives him the possibility of transcending nature by creating rather than by destroying, in which everyone gains a sense of self by experiencing himself as the subject of his powers rather than by conformity, in which a     system of orientation and devotion exists without man’s needing to distort reality and to worship idols.”

The lessons from the Rwandan genocide (and the other genocides of the past) are clear. Will we heed them today, when they are most needed, or will we repeat the errors of the past?

3 Replies to “Lessons from Africa, Chapter 1: Reconciliation is Personal.”