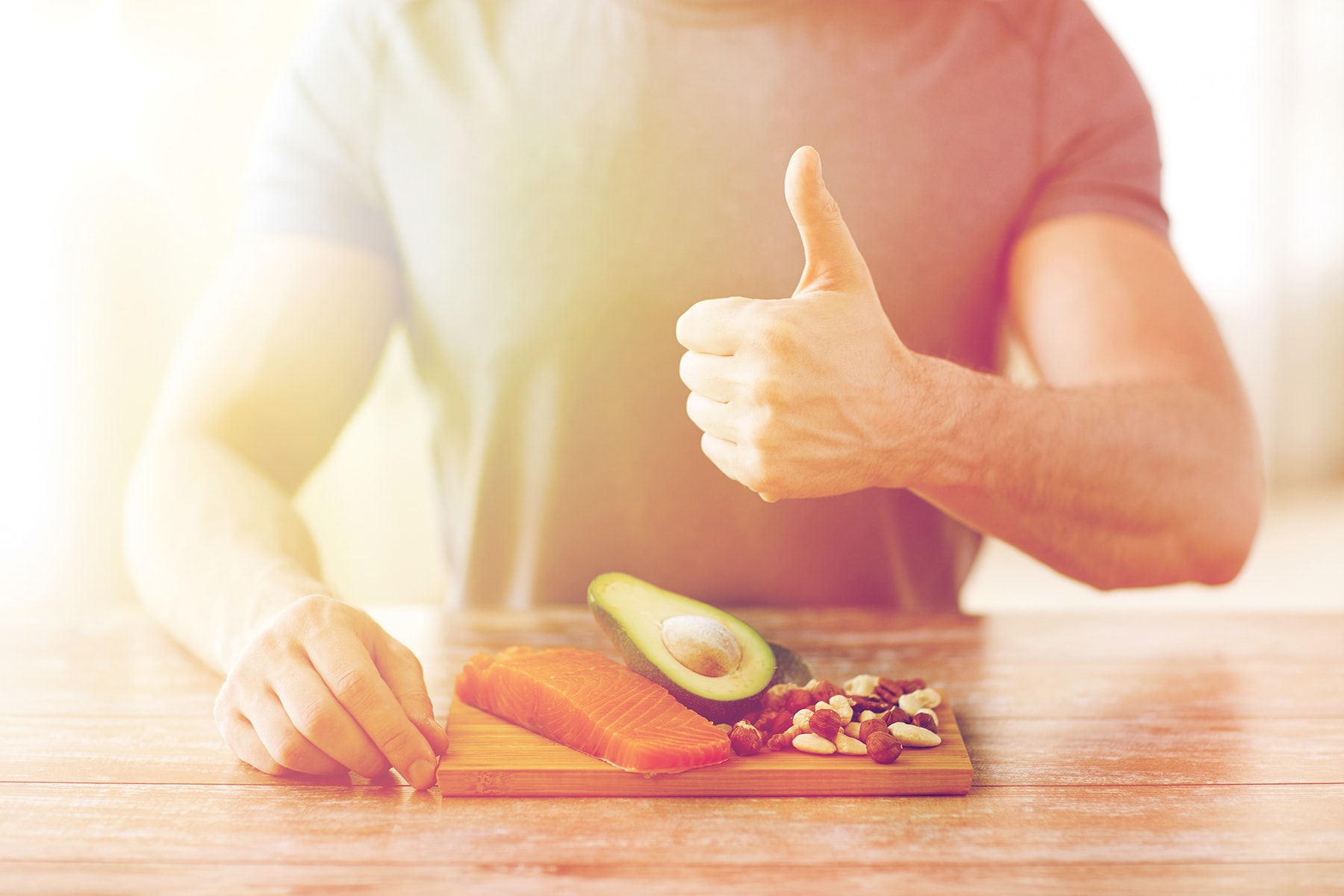 Mental freedom relies in part on physical freedom, and the greatest physical freedom is afforded by the greatest level of physical health. The Romans had a phrase for it: mens sana in corpore sano – a sound mind in a sound body. They knew that in order to perceive correctly, think clearly, and judge wisely, a person needed to have a healthy body. That was two thousand-odd years ago; today, medical and neural science has advanced to the point where we know not only that this far-seeing statement is true, but how best to achieve it. Which brings me to my great big fat Paleo diet.

A couple of months ago, inactivity due to retinal surgery exacerbated some bad dietary habits I’d fallen into and, faster than you can say “potato chip,” my weight had gone from about 165lbs to about 176lbs (probably higher, but I stopped getting on the scale at that point). I realized that at my age (56), decreasing muscle mass and a slower metabolism meant that I couldn’t use my usual trick of just exercising more to burn more calories and get the weight off, I had to make some major changes to what I was eating.

A good friend of mine suggested that I try a 14-day “Paleo Cleanse” to re-set my metabolism and get back on track; from his personal experience, he thought I could certainly expect to lose some weight, but more importantly I could expect increased energy, focus, and calmness as well as a reduction in stress – exactly the kind of “sound mind in a sound body” effect I was looking for.

A little research revealed that a company called Designs for Health offered a pre-planned 14-day Paleo Cleanse in a box, with a pre-mixed nutritional shake all ready to go (see https://www.amazon.com/PaleoCleanse-Plus-Detox-Shaker-Bottle/dp/B00OBZPDFW). All I needed to do was have a Paleo shake for breakfast, one for dinner, and a Paleo-specific lunch in between (plus take some amino acid pills and a pill to speed protein absorption from the shakes), for 14 days in a row. Some additional research revealed more of the science behind the Paleo diet: elimination of most carbohydrates and sugars, and a focus on vegetables and lean meats (essentially, eating plants and animals the way our Paleo ancestors did), would eliminate the harmful effects of excess sugars on my body and reduce inflammation, get rid of the sugar highs and crashes, and make my body more dependent on stored fat for energy rather than converting sugars into glucose and then converting the rest into fat for later.

Given that most of us eat way more carbs and sugars than we can expect to use immediately, the effect of a normal American diet is to get steadily fatter, as our bodies store all that extra sugar as fat just in case. In fact, most Americans get 100% of their nutrition from only about 20% of the calories they consume – the remaining 80% are “empty calories” which serve only to harm the body and to build up excess fat as these calories are stored for the future. Further, after several months on a Paleo diet, the body becomes “ketogenic” – it begins to rely more on fats for energy than sugars – and turns into a “lean, mean, fat-burning machine” (in the words of Mark Sisson, of Primal Blueprint fame – see http://www.marksdailyapple.com/). I was sold on the concept and ready to rock and roll.

I won’t bore you with the details of getting used to the taste of the pea-protein shakes (not bad, especially with blueberries and cashew butter), or overcoming the urges to eat bread and cake (pretty hard at first), or how Suzanne and I made peace with the occasional cheating (it happens). The point is that, after about a week, I noticed a real change in my physiology: not only was my belly was flatter (I was eliminating “wheat belly” and some inflammation), but I was less flatulent (something Suzanne really appreciated!), I had more energy, and I had more focus for longer periods throughout the day, due to the elimination of high-glycemic-index foods that cause energy highs and lows. After twelve days, I decided to weigh myself – and found that I had lost eleven pounds, which just floored me (I had to weigh myself three times just to make sure). Suzanne, lighter to begin with, also lost weight, about five pounds. Now, about a month after we finished the Paleo Cleanse program, my wife and I have adopted a low-carb, no-sugar Paleo diet (with occasional cheating – we’re only human) and have kept the weight off. The added benefits of higher energy, less stress, and greater mental clarity and focus, are tremendous, and we’ll be exploring additional ways in the months and years ahead to tweak our diets further to achieve even greater results. By adopting a diet that gives us more freedom from physical ailments and provides a foundation for greater physical performance and more degrees of physical freedom, we’re giving ourselves more mental freedom, our thoughts not influenced by our immediate physical aches and pains, our cravings for sweets, or a depressed mood brought on by a sugar crash. For us, the Paleo diet has really worked.

http://www.marksdailyapple.com – Mark Sisson is one of the leading lights of the Primal diet and exercise movement, and his blog is full of tips and tricks anyone can use.

http://thepaleodiet.com/ – Dr. Loren Cordain is a founder of the Paleo diet movement and a NY Times best-selling author (“The Paleo Diet”). Another great resource is Positive Health Wellness, which includes diet and nutrition tips, like these 10 Paleo breakfast recipes: https://www.positivehealthwellness.com/recipes/roundup-top-10-breakfast-meal-recipes-paleo-diet/

http://www.melvinkonner.com/paleolithic/ – S. Boyd Eaton, Melvin Konner, and Marjorie Shostak’s book, “The Paleolithic Prescription,” arguably started it all back in the 1980s. Still a worthy read.

One Reply to “My great big fat Paleo diet”