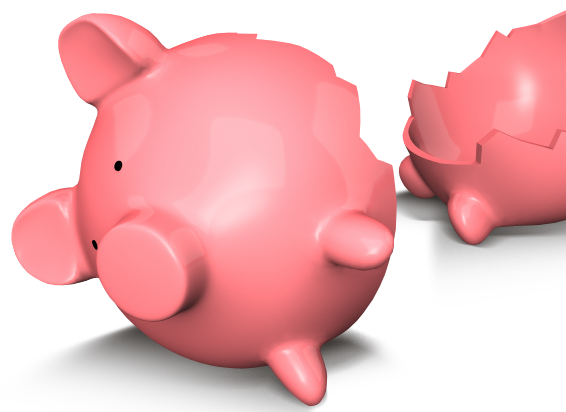 Will COVID19 cause us to re-think government policy around economic security in the United States? Is some kind of basic financial security a privilege for the few, or a necessity for all citizens, especially in times of crisis?

For at least the last hundred years, major economic crises have resulted in the strengthening of the economic safety net that supports those most in need.

The Panic of 1907 (one of the worst stock market crashes in US history) inspired Louis D. Brandeis to push for legislation that allowed savings banks to issue affordable life insurance, resulting in the formation of SBLI (Savings Bank Life Insurance) and the beginning of widespread availability of low-cost life insurance for all families who needed it.

In the midst of the Great Depression, President Franklin Delano Roosevelt signed the Social Security Act into law in 1935, providing a federal-level safety net for elderly, unemployed, and disadvantaged citizens.

In 1965, with health insurance virtually impossible to get for senior citizens, President Lyndon Johnson signed Medicare into law, making access to affordable health care a right for Americans who reach the age of 65.

However, since the late 1960s, our federal government has stepped away from attempts to strengthen the safety net (President George W. Bush’s Medicare Modernization Act of 2003, which expanded prescription drug benefits, and President Barack Obama’s Affordable Care Act of 2010, designed to expand health insurance coverage to millions of uninsured Americans, are notable exceptions). The bailouts of the Great Recession of 2008 – 2009 were aimed primarily at saving critical financial institutions, and although interest rates near zero helped younger borrowers, they penalized older savers.

Today, even before the COVID19 pandemic, many Americans were in dire need of a better safety net: almost 40% of Americans would struggle to come up with $400 to cover an emergency, according to the Federal Reserve’s 2018 report on the economic well-being of households. Now, with more than 26 million Americans thrown out of work (so far) by the biggest economic contraction since the Great Depression, the problem has become disastrous. “We have come to a clear realization of the fact that true individual freedom cannot exist without economic security and independence,” FDR said in 1944, but it seems that many of our political representatives have decided that Americans are on their own when it comes to obtaining such economic security.

Is Universal Basic Income (UBI) a possible answer? Finland’s 2-year experiment with UBI, ending in 2018, seemed to be a failure, but the 2,000 unemployed participants in the study were healthier and happier than the unemployed who did not receive UBI payments, and many researchers have pointed out flaws in the hastily-conceived and executed program. With $1,200 one-time stimulus payments on the way to many Americans now, it seems we have been forced into an ad hoc UBI experiment of our own, in part due to the lack of a more comprehensive and well-though-out safety net. Are we as a society afraid that, once Americans have tasted the largesse of UBI, or any other such social benefits program, they will have no incentives to go back to work, and will become unproductive, lazy, and a burden on those taxpayers who are still working? Would we be creating a “moral hazard,” actually creating disincentives to work if social benefits payments were too generous?

In my own case, I can answer that receiving government benefits had no such deleterious effect. If it weren’t for Brandeis’s SBLI innovation, my mother would have lost our home after my father died when I was 9 years old (there was no way she could have paid the mortgage on her own, even with a tenant in the downstairs apartment). And if it weren’t for Social Security survivor benefits, my mother wouldn’t have been able to continue to pay the taxes on the house and put food on the table. These benefits didn’t turn us into lazy government dependents: my mother worked two jobs as a piece-work seamstress in the garment district, and continued working until she was 76 years old because she loved working and was fiercely independent. Seeing her example and driven to succeed, I worked hard in school, earned scholarships to an elite New York City Jesuit high school and then to Harvard and Stanford, and founded a successful consulting business with one of my closest college friends. I don’t think my story is all that special or unique: beneficiaries of government programs are most often grateful for the support they’ve received, but eager to prove themselves and make their own way in the world once they get back on their feet again.

We are now at a crossroads, where conflicting philosophies on the role of government in society are colliding. COVID19 is remaking our world, shuttering businesses, decimating industries, throwing people out of work, and causing economic hardship and uncertainty not experienced since the Great Recession and possibly the Great Depression. If we do nothing, many hard-working Americans will become destitute, the already historic income and wealth gap will grow wider, and financial security – and personal freedom – will be forever out of reach for untold millions of our fellow citizens. Creative policy solutions are needed that address not just the financial needs but the social needs of individuals to feel valued and to make a contribution to society; in the 1960s, research conducted by the Departments of Labor and Health, Education, and Welfare showed that those in poverty preferred training, jobs, or loans over handouts. Providing support while preserving dignity and fostering independence should be the goals of any safety net program.

Once we are past the worst of the current crisis, it is clear that we as a nation and as individuals must address inequities in the American economy and society that have been building for far too long: we cannot turn our backs on those who, whether through an accident of birth or the vagaries of chance and unfortunate circumstance, find themselves in desperate financial circumstances and need a temporary helping hand. If we do not address this at the level of state and federal government policy, we risk inviting economic and political instability and the end of our great American Experiment, for “true individual freedom cannot exist without economic security and independence.”