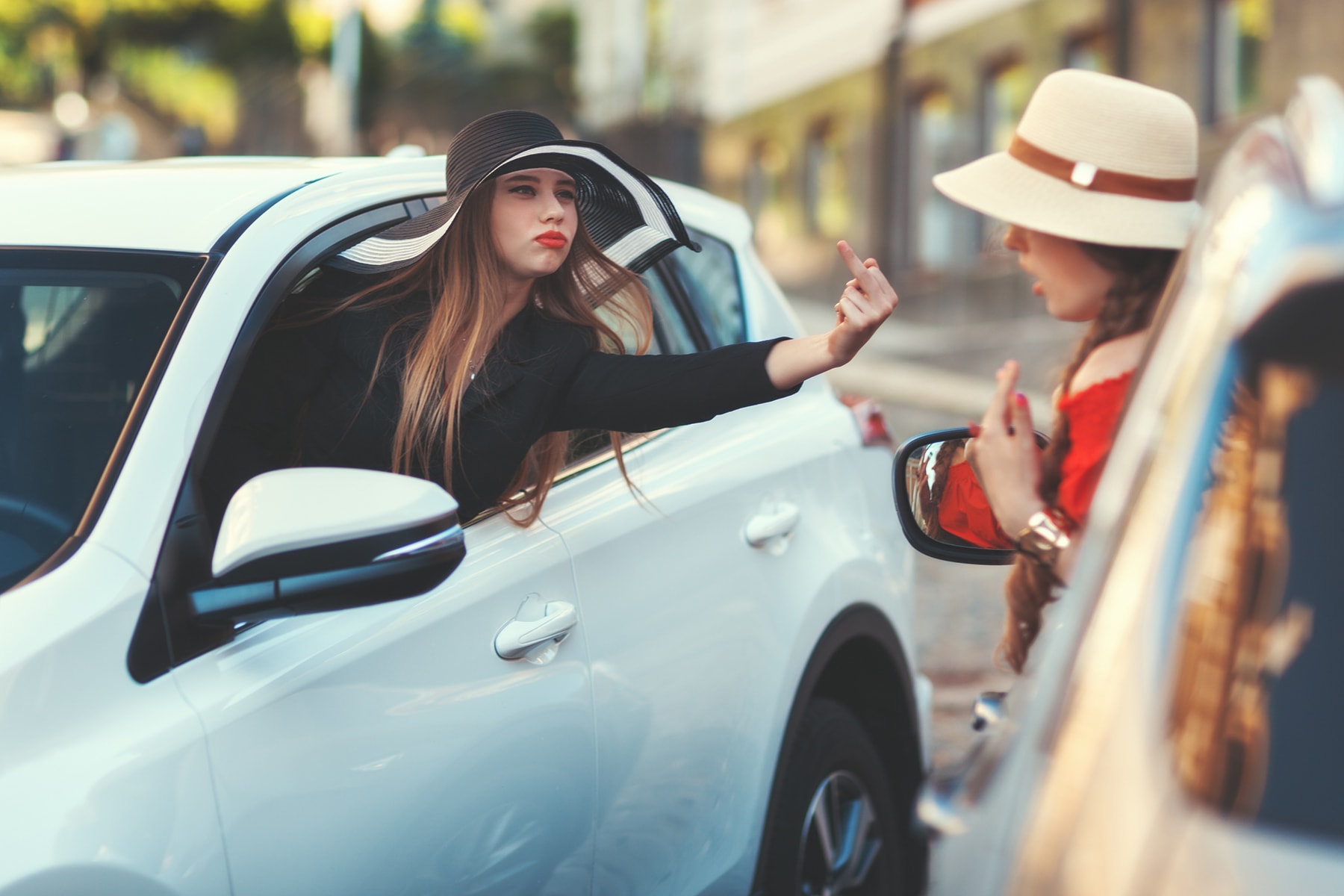 Everyone, unfortunately, has at least one other asshole in their lives (in addition to the one they’ve been attached to since birth). Sometimes it’s a boss or a co-worker, sometimes it’s a friend or acquaintance, and sometimes it’s a relative or spouse. So, dealing with assholes, and eventually freeing yourself from them and their negative influence on you, is a key component of social freedom.

I was thinking about this while overhearing conversations on a recent trip to Atlanta for a conference, and wondering if there were typical stages of dealing with assholes, just as there are well-known stages of dealing with grief (the five stages of denial, anger, bargaining, depression, and acceptance). Based on my own life experiences, it seems that the typical progression goes something like this:

1. React. The Asshole typically says or does something to make you fly into a rage or get extremely upset (assholes are great at this – it’s what makes them assholes). You just can’t help yourself: by the time they’re done with their provocative statements or behaviors, you’re often in such a state that you’re shouting and sputtering.

2. Retaliation. The usual response to an asshole’s provocative statements or behaviors is to channel your initial reaction into some kind of retribution or retaliation. You want to get back at him or her, and make them as upset as you are. This can take many forms: you can escalate an argument, name-call, or even become physically violent. Or you can be passive-aggressive, choosing not to retaliate directly but indirectly (she tells you all the myriad ways you are a failure directly to your face, and you retaliate by moving that important presentation so she can’t find it before the big meeting tomorrow).

3. Resentment. This cycle of reaction and retaliation leads to a state of chronic, simmering resentment. The asshole can’t stop behaving like, well, an asshole, and you can’t stop retaliating, so you feel a constant (and growing) resentment toward him or her. Why do they always have to act that way and try to upset you? Why can’t they see how they’re affecting you, and change their behavior? And why does it bother you so much? It’s a vicious cycle and every interaction with the asshole just leads to more reaction and retaliation, and a higher level of resentment.

However, there’s another, better way to deal with those assholes. In each stage of the typical progression, we can substitute healthier, more effective responses, as follows:

1. Think, don’t react. In every interaction (whether with an asshole or just a friend, neighbor, sibling, or spouse), you have a choice in how to respond – your reaction need not be automatic. Epictetus, the Greek Stoic philosopher, said that we make ourselves upset by choosing to have the thoughts and reactions we do to events – so why not choose a better response? In this case, the first step is just to hit the pause button and to think about how you’re going to react rather than just saying or doing something you almost certainly will regret later. In this “thinking” part of your response to the asshole, it is also a good time to introduce empathy: what on earth could be going on in this person’s life to make him or her say or do something to try to upset you so much? Thich Nath Hanh, the Zen Buddhist Master, says that inside of everyone is a suffering child who is seeking solace – what is the suffering child inside of the asshole? And what is your suffering child that makes you want to react to this asshole?

2. Engage, don’t retaliate. Now that you’ve taken a breath and are not reacting blindly or mindlessly to the asshole, it’s time to engage thoughtfully. The best way to do this is to be “curious, not furious:” ask questions and find out why the asshole is behaving like he or she is. Here are some sample questions you can use:

That’s interesting, why would you say something like that?
Tell me more.
Why do you think that’s true?
You seem to be very upset! Do you want to talk about it or grab a cup
of coffee to discuss?

You get the idea: instead of retaliating and escalating the conflict, you are attempting to de-escalate and engage by asking thoughtful questions in a calm, non-threatening way to get at what’s really bothering the asshole and causing him or her to act in an asshole-ish way.

3. Finally, don’t resent – just let it go. At the end of the day, holding onto resentments only causes you more pain and suffering, and doesn’t bother the asshole at all – so why do it? Resentments fester and build until they become all-consuming, causing stress and anxiety and biasing your interactions in the future. You will be much more likely to react badly, become upset, and escalate conflicts with the assholes in your life if you hold on to resentments, so just take a deep breath and let them go. In addition, if the asshole just becomes too much to bear and does not respond well to your new, more enlightened mode of interaction, you just may have to let him or her go, too – ultimately you want people in your life who are positive, happy, and who will contribute to your success, and generally assholes don’t fit that profile.

So, the next time you interact with your favorite asshole, try out this new way of dealing with him or her. You may not change the asshole’s behavior, but you will certainly change how you feel about the him or her and you won’t cause yourself harm by internalizing stress and anxiety. And you may also decide that it’s just not worth having that asshole in your life any more, and begin the process of separation to lessen his or her influence on you. However you handle it, remember that it’s your choice and you control the interaction and its outcome – not that asshole.

2 Replies to “Freedom From Assholes”